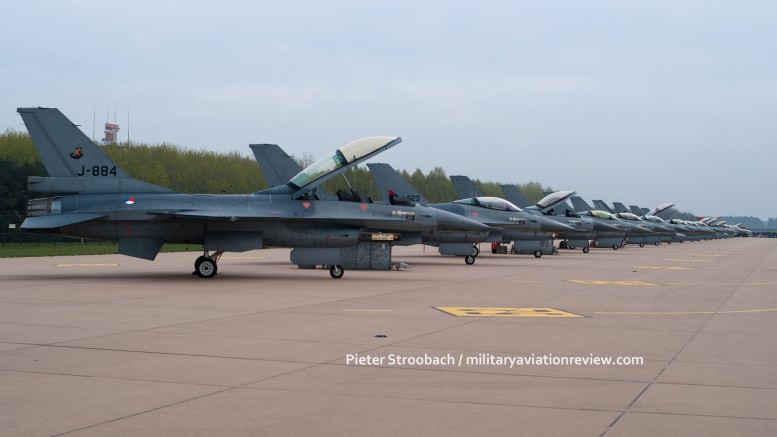 Organised by Spotting Group Volkel (SGV) an open day was held on the 13th of April at Volkel AFB. It was organised as a last chance to see a number of so called PAF F-16's. PAF stands for "Project Afstoting F-16" and loosely means something like "Divestment Project F-16". Most of the 19th F-16s shown are already WFU and will be sold to an yet unnamed customer with the Royal Jordanian Air Force the most likely candidate. Others are used as instructional airframes and there were even a (very) few operational ones. The Koninklijke Luchtmacht (KLu - Royal Netherlands Air Force) once had a 220 strong force of F-16's however these days are long gone with only 68 airframes left. So this was most likely the last chance to see such a large Dutch F-16 line up like this.