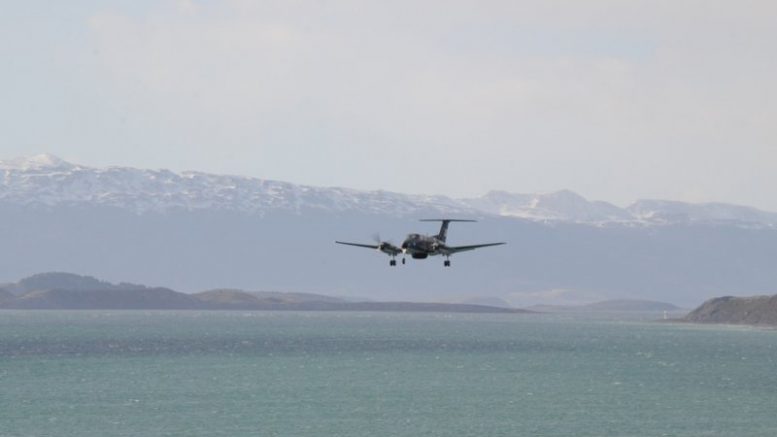 For the 18th consecutive year since 1999, Chilean and Argentine navies completed exercise "Viekaren XVIII" (or "Viekarem") in the Tierra del Fuego region at the end of August.

Involving naval and air units, the exercise is designed to test standardized operational procedures for combined maritime control and disaster relief activities in the austral area spanning between the South Atlantic, the South Pacific and Tierra del Fuego channels.

In addition to pollution containment, rescue diving and rescue operations involving a variety of patrol ships from both services, naval aircraft practiced their cooperative medical evacuation routines during the exercise. Following the hypothesis of an incident on board a transport ship nicknamed "Mara Austral", Chilean Bo-105CBS "Naval 44" (from Beagle Naval District at Puerto Williams) flew a wounded individual from the ship to its home base, where Argentine King Air B200(M+) 0748/1-P-47 (from Maritime Surveillance Naval Air Squadron at Punta Indio) picked him up for onwards transportation to Ushuaia (Argentina).

Named after the term for "trust" in Yamana language, the exercise is a result of the 1984 Argentine/Chilean Peace and Friendship Treaty and is enthusiastically carried out every year to improve binational relations in the Southern part of both countries, even in the harshest winter weather conditions.