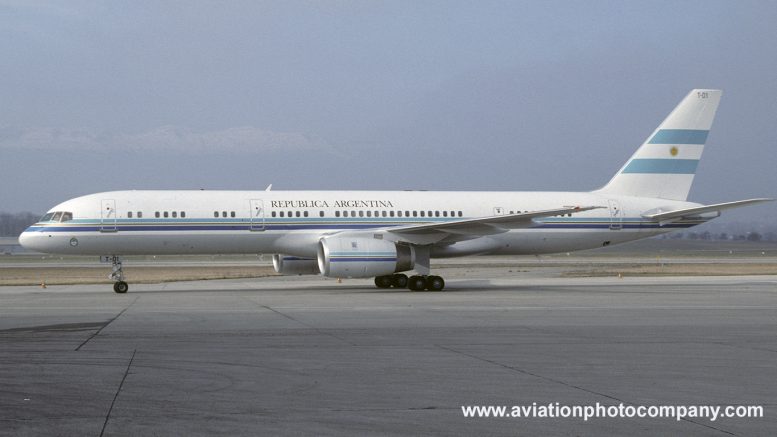 Reports from Argentina suggest that the presidential transport Boeing 757-200 is soon to be scrapped after the government failed to find a buyer for the airliner.

The aircraft is widely known as "Tango 01" (serial T-01) in Argentina has been stored at El Palomar since late 2015 and the cost of returning it to flight for presidential transport duties has been estimated at between $21 million and $26 million. A plan had also been put forward to convert the aircraft to a water bomber for fire fighting duties but it now seems that "El Tango 01" is destined for the scrap heap.

The Argentinian government currently plans to acquire a Boeing 737 BBJ to replace T-01 and T-02, a Fokker F-28 which has been recently grounded due to engine issues.

Thanks to Carlos Ay for help with this article