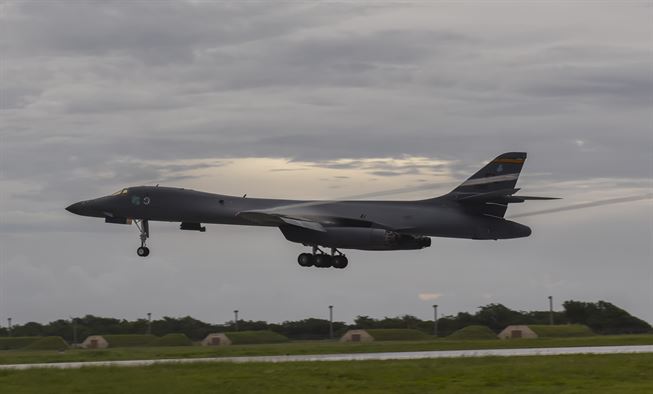 Andersen Air Force Base in Guam has seen the arrival of a number of US Air Force  bombers in recent days.

On August 6th several B-1B Lancers from the 28th Bomb Wing at Ellsworth Air Force Base arrived in support of the US Pacific Command's Continuous Bomber Presence mission. It is the first time in ten years that B-1s have deployed to Guam.

They were followed by the arrival on August 9th of three B-2A Spirits from the 509th Bomb Wing at Whiteman Air Force Base.

“Bomber aircraft provide the USPACOM area of responsibility with an effective deterrent capability, ensuring the regional security and stability of the U.S. and our allies and partners,” said U.S. Air Force Gen. Terrence O’Shaughnessy, Pacific Air Forces commander. “These bomber deployments visibly demonstrate our readiness and commitment to the Indo-Asia-Pacific region”.