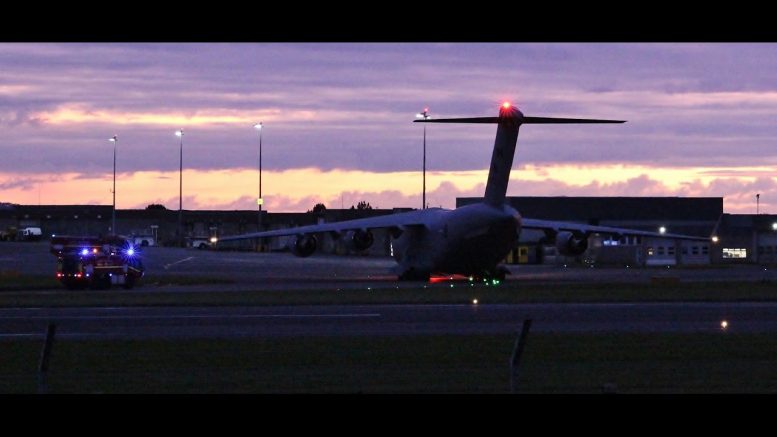 On October 19th a Canadian Air Force CC-117 (C-17A) was taking off from Prestwick Airport in Scotland when it suffered a bird strike at around 1000 feet. The pilot shut down engine number two and performed an emergency landing on just three engines back at Prestwick.

The video below shows the take off, landing and taxi but unfortunately doesn't catch the bird strike.