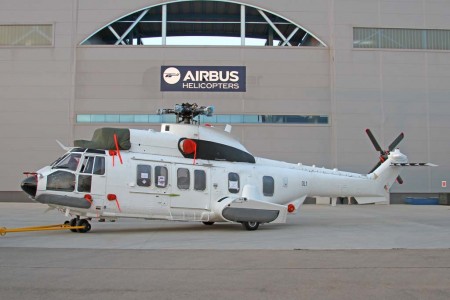 Airbus Helicopters have delivered a EC-225LP Super Puma to the Botswana Defence Force.

The helicopters wears the serial OL1 and is construction number 2759. It was previously operated by the Spanish National Police force as EC-LEN.

It was prepared for delivery at Albacete in Spain before departing to Gabarone in Botswana in a An-124 on September 13th (via Marseilles).