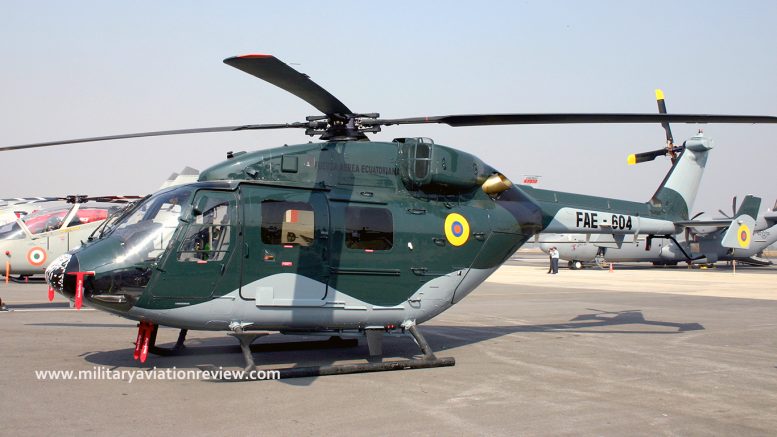 The Ecuadorian Air Force has announced plans to sell of their three remaining HAL Dhruv helicopters.

The three helicopters are all that remains of the seven Dhruvs that were delivered in 2009, with four lost in crashes between then and 2015. The helicopters are currently stored at Guayaquil Air Base.