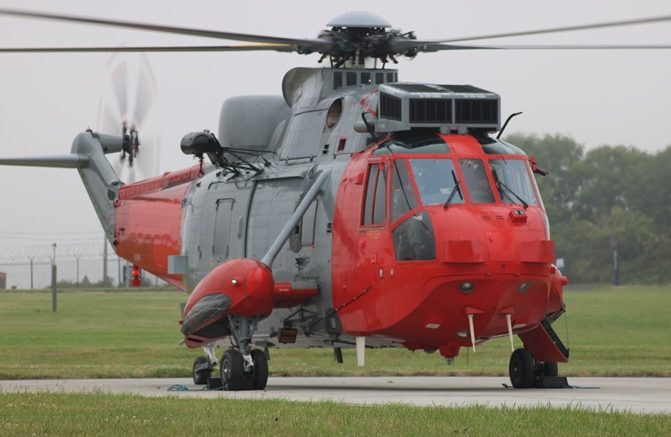 One of the two former 771 NAS Sea King HU.5s which will be leased to HeliOperations UK (RNAS Culdrose/MoD)

Two former Royal Navy Westland Sea King HU.5s are due to return to the skies under a lease agreement to train German Navy SAR crews.

The two helicopters will undergo maintenance at RNAS Culdrose before being handed over to HeliOperations UK which will operate them from their training base at Portland, Dorset until September 2018. From the released MoD photos the identity of one of the Sea Kings appears to be XV666.