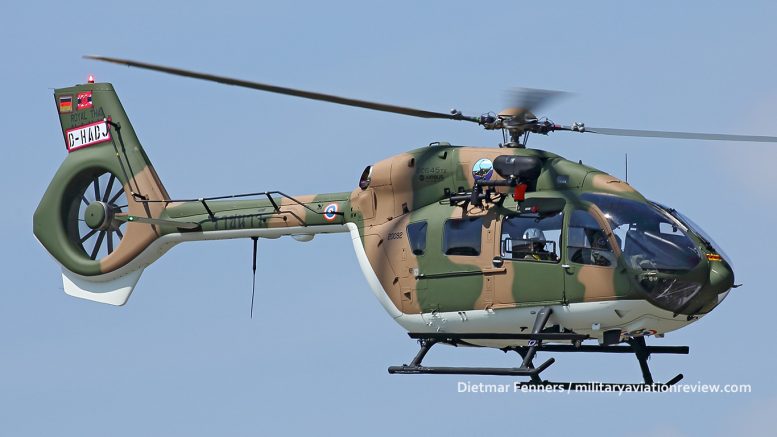 The five helicopters left the Airbus factory at Donauwörth on September 6th for Munich, from where they were flown to Thailand inside an Antonov An-124.

The Royal Thai Army has also ordered six H-145T2s in February 2015. Serial number 20080 has been noted flying at Manching in August of this year (see image below).