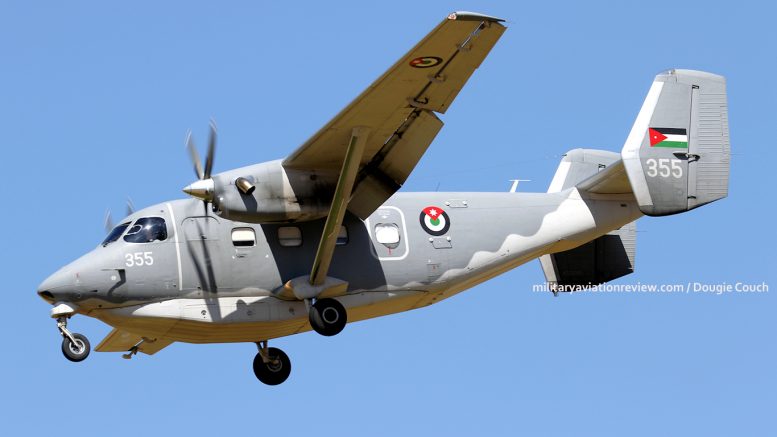 Royal Jordanian Air Force PZL M-28 Skytruck 355 arrived at Cambridge on August 12th. It is believed to be en route from Jordan to the United States.

It is possibly related to the contract to modify an M-28 for ISR roles that was recently awarded to Sierra Nevada.