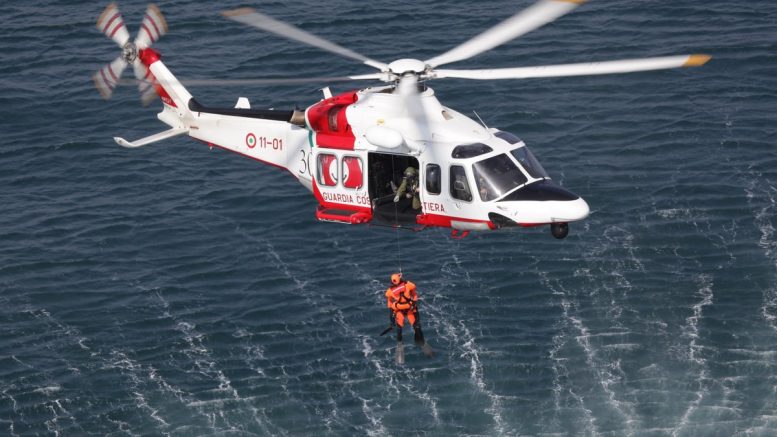 (04.08.16) Leonardo-Finmeccanica announced an order for two further AgustaWestland AW-139s to be delivered to the Italian Coast Guard (Guardia Costiera).

This order will grow the Coast Guard's fleet of AW-139s to a total of 12. The first contract was awarded in 2010 with deliveries following later that same year. The helicopters are used for maritime patrol, search and rescue and emergency medical provision.