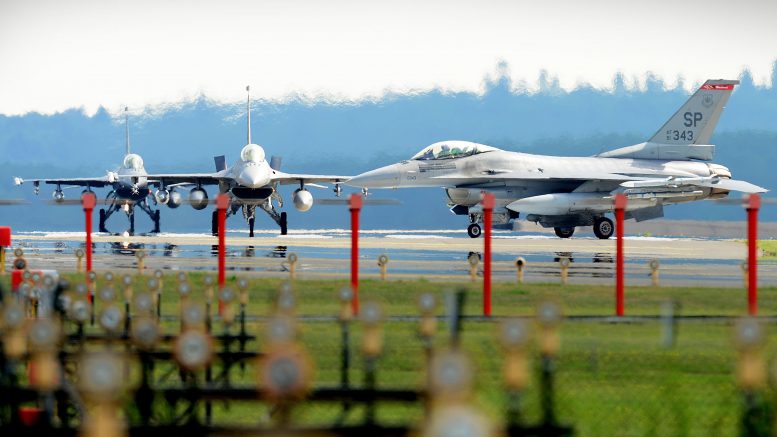 Eighteen F-16C/Ds from the 52nd Fighter Wing at Spangdahlem in Germany deployed to RAF Lakenheath in the United Kingdom on July 10, 2017. The aircraft will be present at Lakenheath for several weeks whilst groundworks take place at their home base. Whilst deployed the F-16s are expected to fly training missions alongside Lakenheath based F-15s and RAF Typhoons.