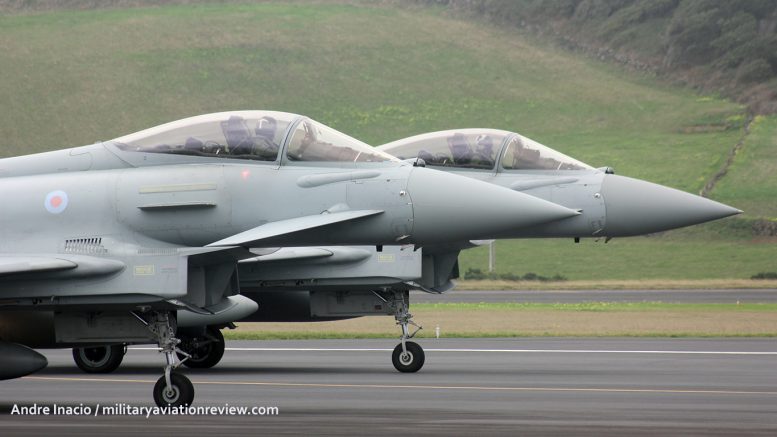 After a meeting between the Qatari Minister of Defense and the British Secretary of State for Defence in Doha on September 17, 2017 an announcement was released (see below) stating Qatar's intention to purchase twenty four BAE/Eurofighter Typhoons.

A "Letter of Intent" was issued and signed by both ministers which is the first step in the process of acquiring the aircraft. Qatar is currently awaiting delivery of Dassault Rafale fighters, as well as potentially acquiring advanced F-15s from Boeing it is not difficult to imagine that negotiations to move from a Letter of Intent to an actual solid order may take some time. For BAE if the order can be firmed up it will be an important step in keeping the Typhoon production line open at their Warton factory with current orders from the Royal Air Force and Royal Saudi Air Force coming close to completion and only a small order from Oman to finish.