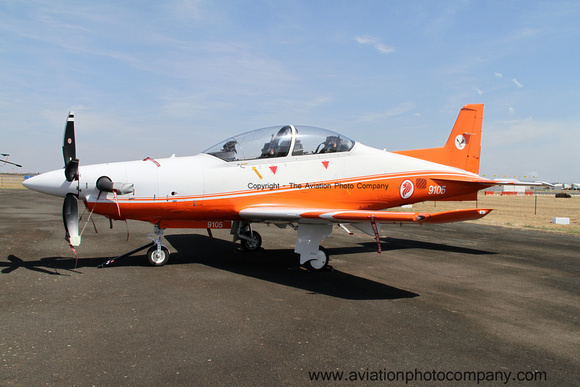 The Royal Australian Air Force has chosen the Pilatus PC-21 as it's next generation Pilot Training System. The contract was awarded to Lockheed Martin, which will provide a total of 49 PC-21s with 22 of those to be based at RAAF Base East Sale in Victoria.
The Lockheed consortium will replace the current BAE Systems program at RAAF Base Tamworth in New South Wales. The PC-21s will join the Central Flying School which is already based at East Sale. Advanced training will continue at RAAF Base Pearce in Western Australia with 2 FTS.
The Pilatus PC-21 is already used for flight training in Australia by the Singapore Air Force's 130 Squadron at RAAF Pearce.