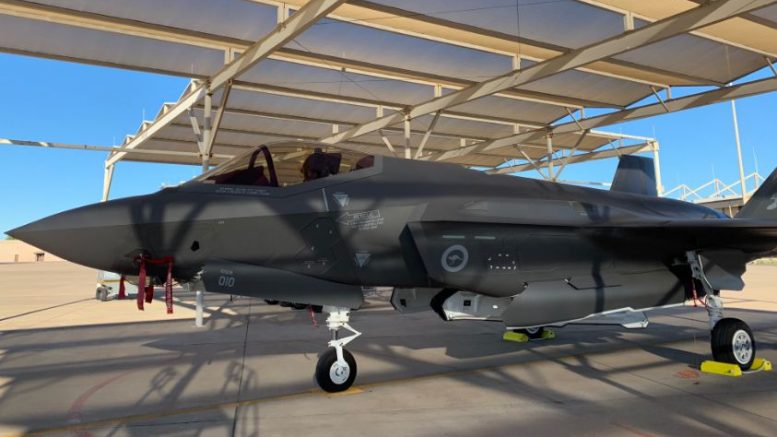 The Royal Australian Air Force received their tenth Lockheed F-35A on October 22, 2018 at Luke AFB, Arizona. The aircraft is serial number A35-010 (c/n AU-10, FMS 15-5218) and wears the unit markings of 3 Squadron. Along with the ninth aircraft delivered these are the first RAAF F-35As to be operated within Australia's own F-35 logistics systems - the Australian Autonomic Logistics Information System (ALIS).

At present all ten RAAF F-35As are based at Luke Air Force Base in Arizona but the first operational aircraft are due to arrive in Australia before the end of 2018.