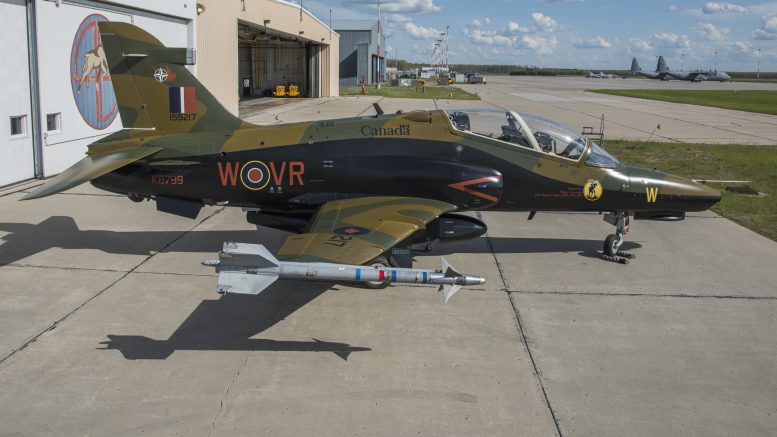 To mark the 75th anniversary of 419 Squadron "City of Kamloops" the Royal Canadian Air Force have painted CT-155 Hawk 155217 in a special camoflage scheme and wearing the serial KB799.

The scheme is based on World War Two bomber command markings and it wears the code call letters of "VR-W" which represent the the Vickers Wellington flown by the first commanding officer of the squadron - Wing Commander John "Moose" Fulton. The serial KB799 belonged to an Avro Lancaster of 419 Squadron.

The aircraft was unveiled on June the 2nd at Cold Lake, Alberta.