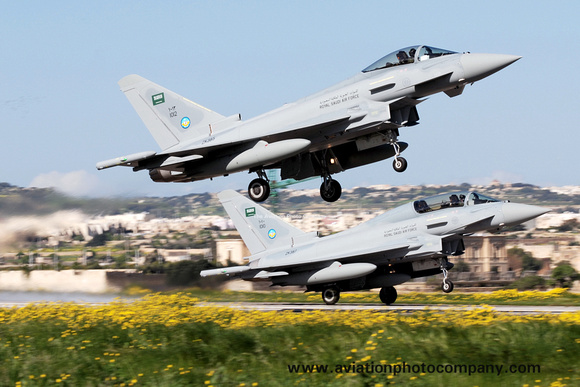 It is being reported that Royal Saudi Air Force BAE Typhoons will take part in Exercise Red Flag 17-4 at Nellis Air Force Base later this year.

The aircraft will come from 10 Squadron and the exercise is due to run between August 14 and August 25.