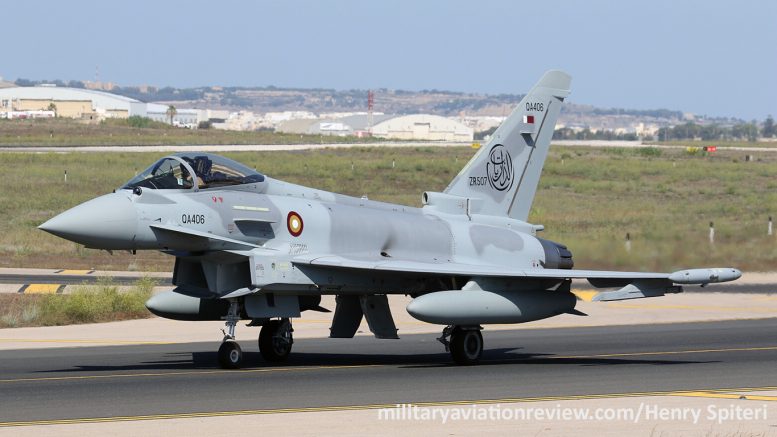 On August 30 two BAE Eurofighter Typhoons arrived at Malta Luqa International Airport on their delivery flight to Qatar.
The aircraft involved were ZR508/QA407 and ZR507/QA406 and they arrived at the airport from the BAE factory at Warton via Tarbes in France. The aircraft were due to continue their delivery flight to Qatar on the following day.
This flight follows the the initial deliveries that took place on August 25th when ZR505/QA404 and ZR506/QA405 departed Warton and were delivered with a stop in Athens, Greece. ZR508/QA407 also departed on the 25th date but returned with a problem.
The Typhoons will be based at Tamin Airbase in Qatar and a total of twenty four aircraft are believed to have been contracted for. 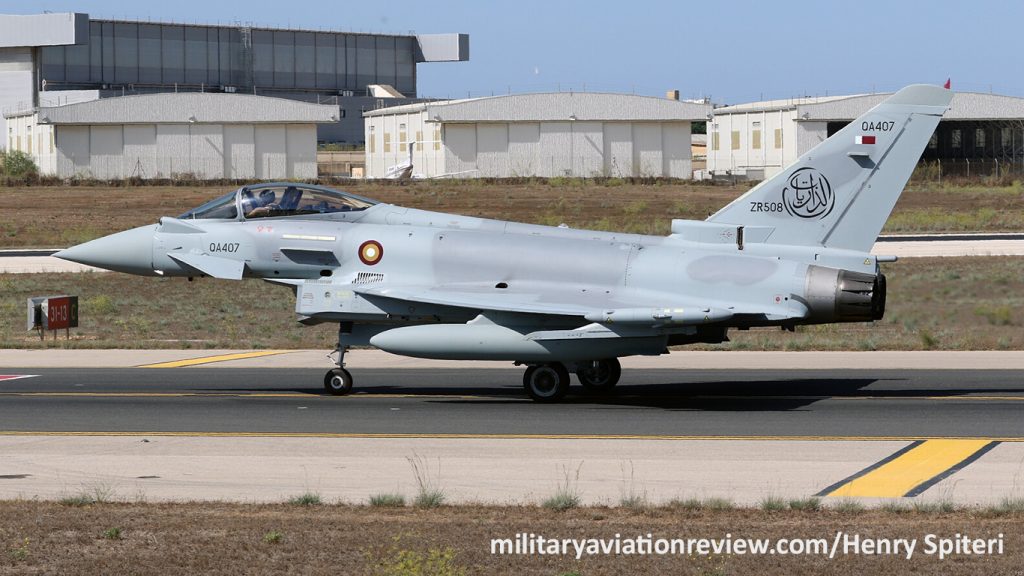