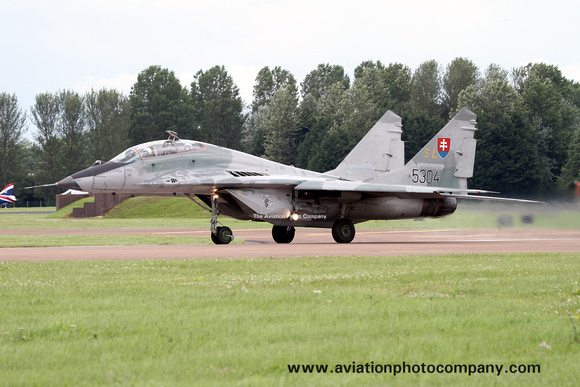 The Slovakian Defence Minister announced on September 20, 2017 that the country will delay their planned fighter jet replacement programme in favour of modernising the nation's ground forces.

The plan had been to acquire advanced "western" built fighters to replace the Air Force's fleet of MiG-29s with the SAAB Gripen or second hand Lockheed F-16s the most likely candidates. The newly announced delay in beginning the replacement programme will likely mean the negotiating of a contract extension for the maintenance of the MiG-29 fleet with Russian industry.