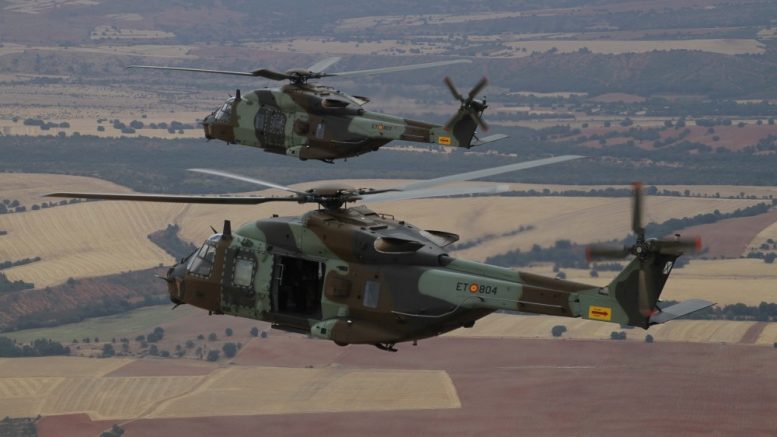 On September 14th the first two NHI NH90-TTH helicopters were handed over to the Spanish Army by Airbus Helicopters.

The delivery took place at the Cornonel Mate Airbase in Colemnar Viejo.

The NH90-TTH will be known as the HT-29 Caiman in Spanish service and will operate with the Army's Third Manoeuvre Helicopter Battalion (BHELMA III) based at the Heroes del Revellin Barracks in Agoncillo. A third NH90 is already present at Agoncillo (suggesting this announcement was more ceremony than anything else) and a further two deliveres will be take to the total to five by the end of 2016.