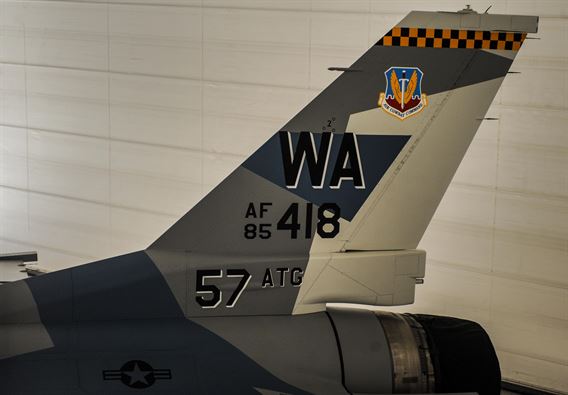 The 64th Aggressor Squadron has unveiled a new "splinter" colour scheme for it's F-16 Fighting Falcons.

The new paint scheme was unveiled at a change of commond ceremony for the 57th Adversary Tactics Group at Nellis Air Force Base on August 5th.

The blue splinter scheme is intended to provide the closest representation of a real world threats for the pilots who train with the aggressors at Nellis. A second "shark" scheme is also in the planning stages.