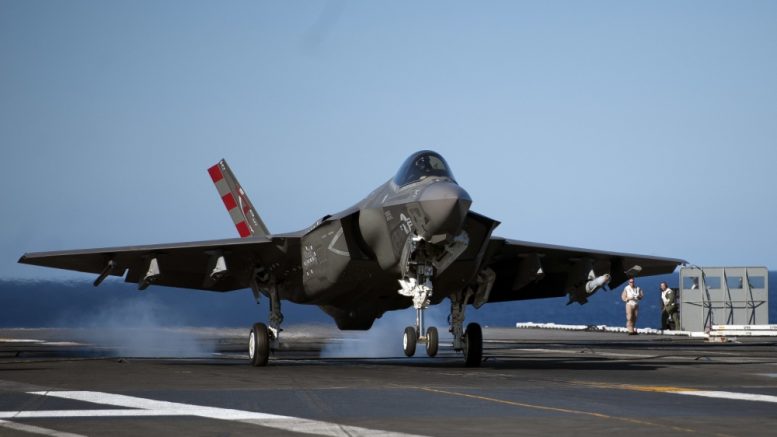 The United States Navy recently conducted flight operation tests of the Lockheed F-35C on board the USS George Washington.

Below is a video showing take off and landings as well as deck operations.