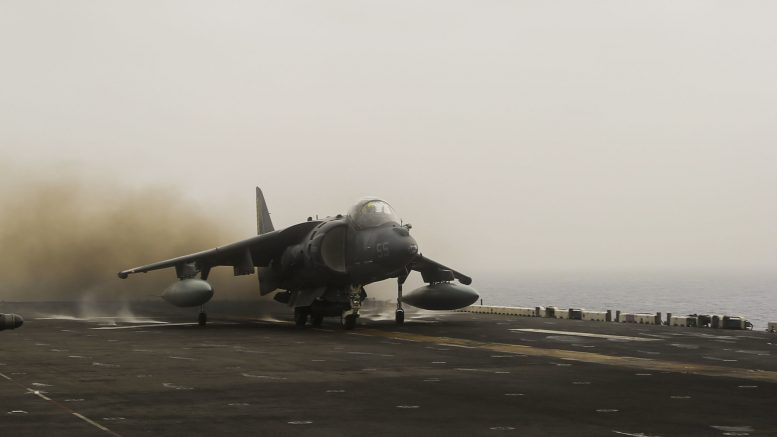 A United States Marine Corps AV-8B Harrier crashed on takeoff from Djibouti Ambouli International Airport, Djibouti on April 03, 2018 just after takeoff. The pilot is reported as receiving medical attention after ejecting.
The AV-8B was assigned to VMM-162 which is embarked on the USS Iwo Jima and was operated from the US military base Camp Lemonnier co-located at the Ambouli Airport.