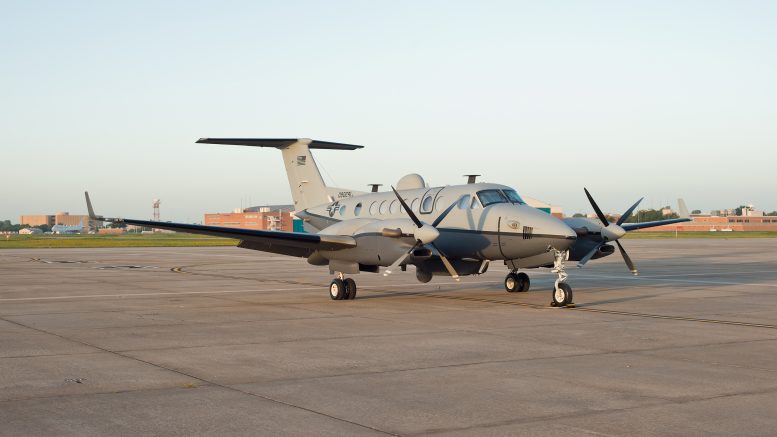 The first of 13 MC-12W aircraft were delivered to the 137th Air Refueling Wing, Will Rogers Air National Guard Base, Oklahoma City, July 10, 2015. The arrival of the MC-12W marks the return of flying operations to WRANGB for the first time since 2007. (U.S. Air National Guard photo by Master Sgt. Andrew LaMoreaux)

The Oklahoma Air National Guard unit has been operating the MC-12W Liberty reconnaissance aircraft since July 2015 when the 137th ARW took over the first of 13 MC-12Ws.

Before the arrival of the MC-12Ws at Will Rogers the 137th had been operating as a partner wing of the 507th Air Refueling Wing at Tinker Air Force Base.