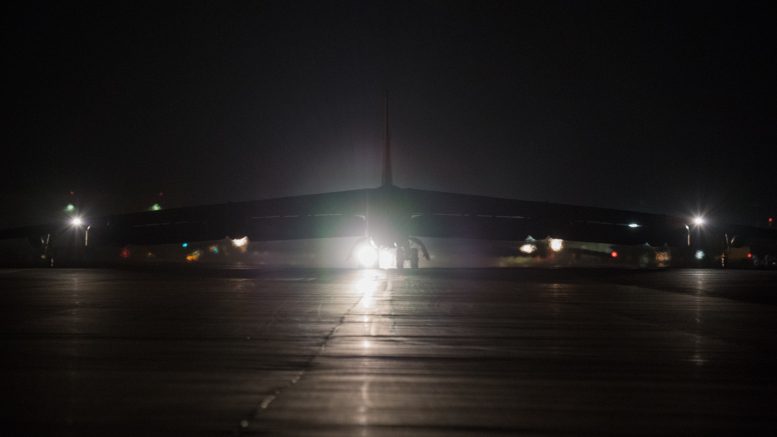 Boeing B-52Hs from the 2nd Bomb Wing departed Barksdale Air Force Base early in the morning on October 10, 2019 to take part in a Bomber Task Force deployment to RAF Fairford in the United Kingdom.

According to the United States Air Force's Global Strike Command the deployment will...

These Airmen will also train in a joint environment with partner and allied counterparts during the deployment—an opportunity that will greatly enhance global stability and security while enabling units to become familiar with operations in different regions. To preserve operational security, we will not confirm or discuss details of future operations."