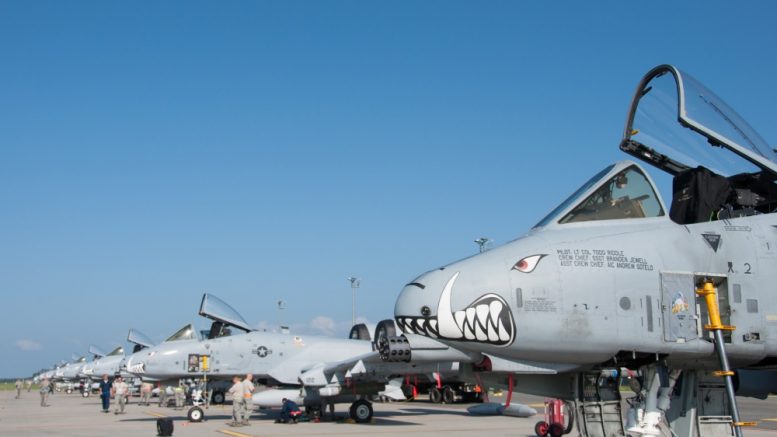 On the 25th of July eight United States Air Force Fairchild A-10Cs arrived at Amari Air Base in Estonia as part of Operation Atlantic Resolve.
The aircraft are from the 442nd Fighter Wing based at Whiteman Air Force Base in Missouri and arrived in the Baltic nation after a two week deployment to RAF Leeming in the United Kingdom.
In Estonia they will train alongside the Royal Air Force Typhoons presently deployed there and work with Estonian, Latvian and Lithuanian joint terminal controllers on the Tapa Weapons Range. A KC-135 Stratotanker from the 185th Air Refueling Wing, Iowa Air National Guard, refuels an A-10 from the 442nd Fighter Wing, Whiteman Air Force Base, Missouri, during a flying training deployment at Ämari Air Base, Estonia, July 26, 2015. This is the first time personnel and aircraft from the 185th ARW are providing support for an Estonian FTD which allows them to further develop relationships with their NATO allies. (U.S. Air Force photo by Senior Airman Missy Sterling/released)