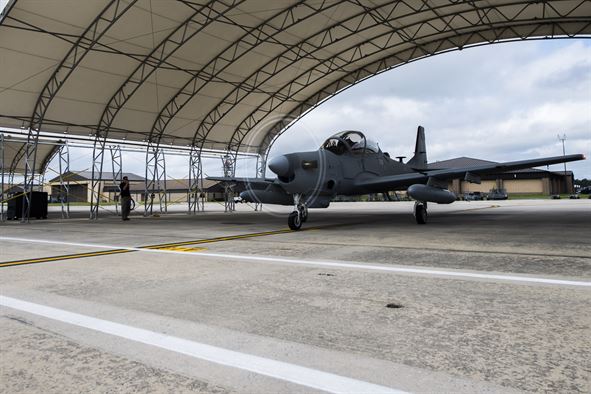 The 81st Fighter Squadron at Moody Air Force Base, Georgia will take on the training role for the Lebanese Air Force's new Embraer A-29 Super Tucano aircraft.

Beginning in February, 2017 six Lebanese A-29s will arrive at Moody along with the first batch of Lebanese pilots. The initial training mission is planned to last until 2018 at which point 22 engineers and 12 pilots should be fully qualified and be able to return to Lebanon as instructors.