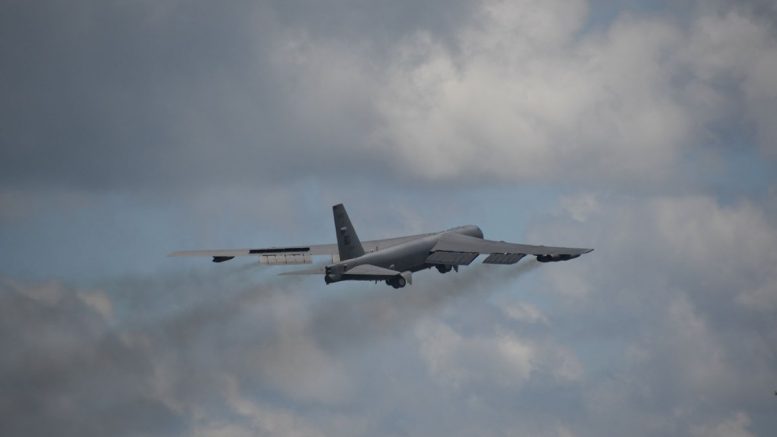 The aircraft - serial number 60-0038 - belongs to the Air Force Reserve Command's 93rd Bomb Squadron based at Barksdale Air Force Base. It arrived from Sliac Airbase in Slovakia where it had been taking part in the air show there.

Ample Strike is a large NATO exercise taking place in the Czech Republic between August the 30th and September the 20th. There are rumours that two B-1Bs may also deploy to Fairford at some point.