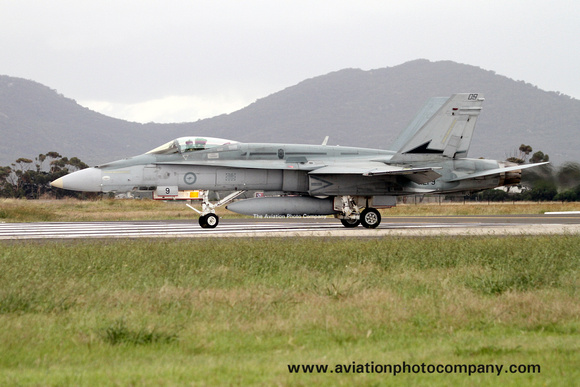 The Australian government announced the sale of eighteen F/A-18A/B "Classic" Hornets to Canada on December 13, 2017. The first two aircraft will be transferred to the Canada in the first half of 2019 assuming final negotiations and export approvals go through.

The acquisition has become necessary for Canada due to delays in deciding on a replacement for their current fleet of CF-188 Hornets. The ex Royal Australian Air Force examples will act as a stop gap until a new type can be ordered and delivered.

The RAAF currently plans to withdraw all their F/A-18As and F/A-18Bs from service by 2022 as they are replaced by Lockheed F-35As.