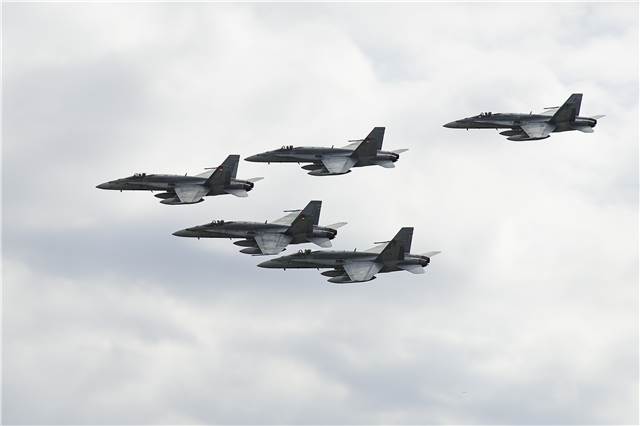 The Royal Canadian Air Force is deploying four CF-188 Hornets to Mihail Kogălniceanu airbase in Romania as part of the NATO Air Policing mission. The aircraft left CFB Cold Lake on August 16, 2017 and due to operate the NATO mission from September until December 2017.

The mission forms part of Operation Reassurance, which is the Canadian Armed Forces' contribution to NATO's assurance measures in eastern Europe.

The crew members for the deployment come mainly from the 409th Tactical Fighter Squadron based at Cold Lake.