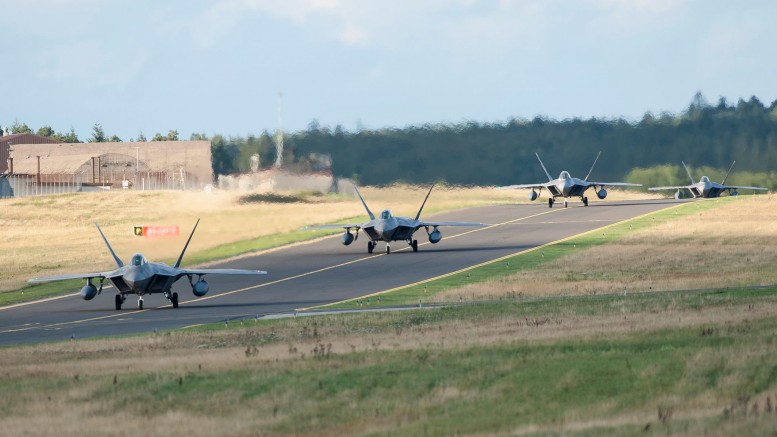 The expected deployment of F-22A Raptors arrived in Europe on Friday the 28th of August. Four F-22As fromt the Tyndall AFB based 95th Fighter Squadron arrived at Spangdahlem Airbase in Germany, along with 60 airmen and a C-17A support aircraft. The aircraft are expected to remain in Europe for at least a month and two aircraft have already made an appearance at Lask Airbase in Poland.
The four aircraft that deployed are: 05-4086, 05-4089, 05-4097 and 05-4098.