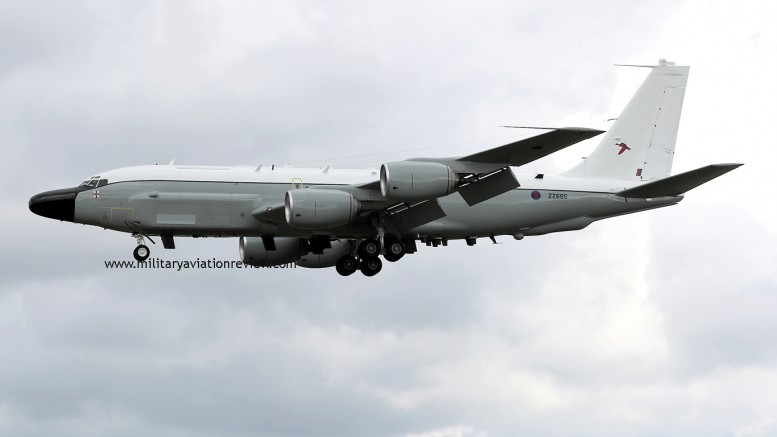 03.09.15 - The second Boeing RC-135 Rivet Joint for the RAF's 51 Squadron arrived at RAF Mildenhall this morning from the United States. The aircraft wears the serial ZZ665 and used callsign "Same40" on it's delivery flight.

The first RAF RC-135 ZZ664 is currently deployed to the Middle East area and it is unknown how long the second aircraft will stay at Mildenhall before deployment. The permanent home of the RAF's Rivet Joint fleet will be RAF Waddington which is currently undergoing extensive runway work, hence the temporary home in Suffolk.