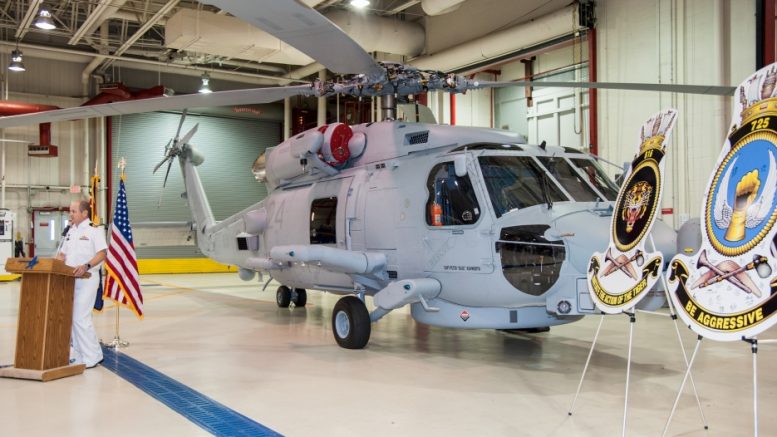 On July the 27th the Royal Australian Navy took delivery of their 24th and final Sikorsky MH-60R Sea Hawk "Romeo". The helicopter was handed over during a ceremony at the Sikorsky/Lockheed facility in Owega, New York.
The MH-60R "Romeo" was selected by in June 2011 to fulfil a an anti-submarine and anti-surface warfare mission.
After an initial training unit was setup in the United States the first mission ready aircraft was delivered to Australia in 2014. The Romeo is operated by 725 Squadron in a training role and 816 Squadron in a mission ready role.