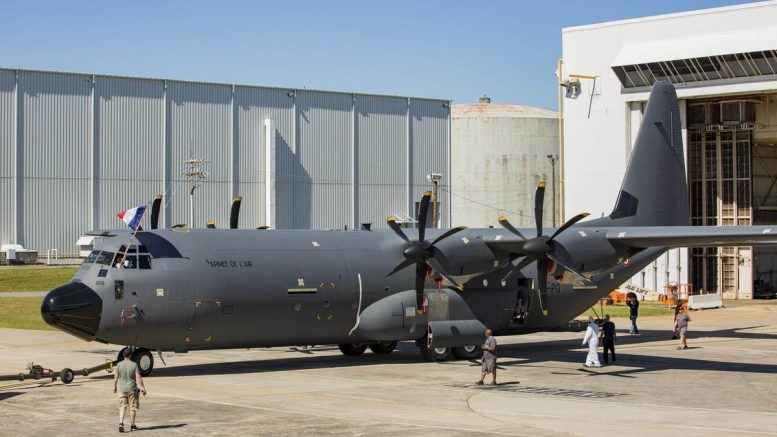 The first Lockheed C-130J-30 Super Hercules for the French Air Force has been "rolled out" at the Lockheed Martin factory in Marietta, Georgia.

The aircraft wore serial number 5836 (also the construction number) and code "61-PO". It is the first of four C-130J-30s the French military has on order, of which two will be KC-130J tanker variants.