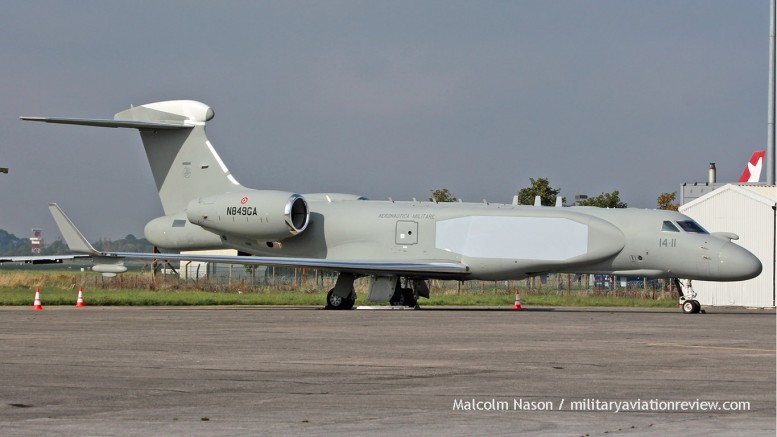 On the 29th of September the first of the Italian Air Force's Gulfstream 550 Conformal Airborne Early Warning (CAEW) aircraft passed through Shannon on it's way to Tel Aviv.
It is the first of two G550 CAEWs ordered by in 2012 as part of a deal that saw the Israeli Air Force order 30 M-346 jet trainers. The aircraft wore Gulfstream test registration N849GA (c/n 5429) but otherwise was in full AMI marks.
The CAEW system is similiar to those already in use with the Republic of Singapore Air Force and the Israeli Air Force.