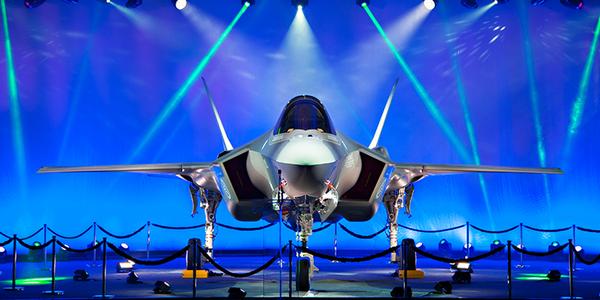 22.09.15 - The first F-35A for the Royal Norwegian Air Force was unveiled at Lockheed's Fort Worth facility today.
The Norwegians were an early partner nation for the F-35 program and despite some early uncertainty over contracts they now plan to order 52 F-35As. They are scheduled to receive two aircraft in 2015 and another two in 2016 with all four heading to Luke AFB in Arizona for initial training. The first aircraft will arrive in Norway in 2017 and will mainly operate out of Orland Air Station, with Evenes used as a forward operating base.