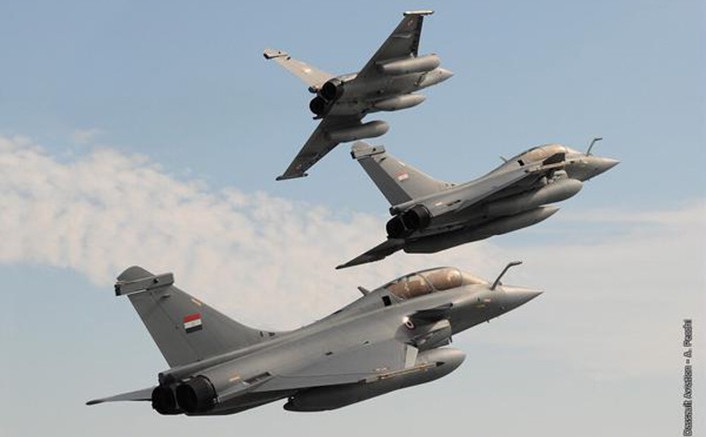 The first three Rafales destined for the Egyptian Air Force were handed over during a ceremony at Istres Airbase in France on Monday the 20th of July. They are the first three of 24 ordered aircraft and have been diverted from the French Air Force production line to enable quick delivery.
Some interesting images taken from an official Dassault video suggest that the aircraft will be operated by the 203rd Tactical Fighter Wing "Stormo" 34th Squadron "Wild Wolves".