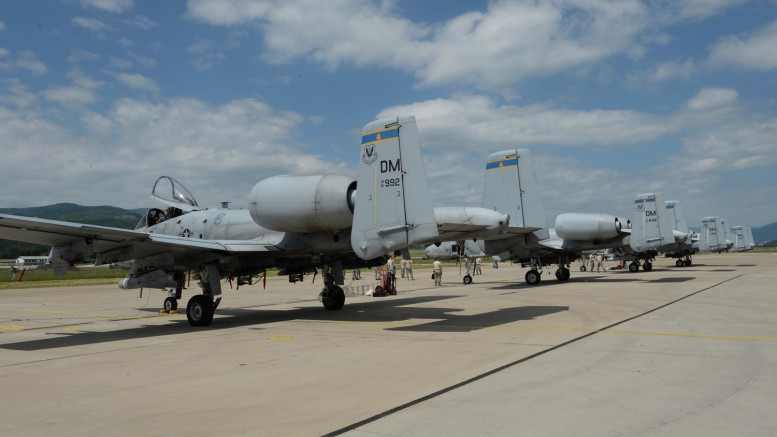 Back in the Cold War it was expected that if tensions in Eastern Europe ever erupted into outright conflict then A-10s would have operated from ad-hoc runways in support of NATO tank formations. Now a recent video published by the USAF shows the currently deployed 354th EFS practicing from disused runways in Poland at Nowe Miasto, a former Warsaw Pact airfield.