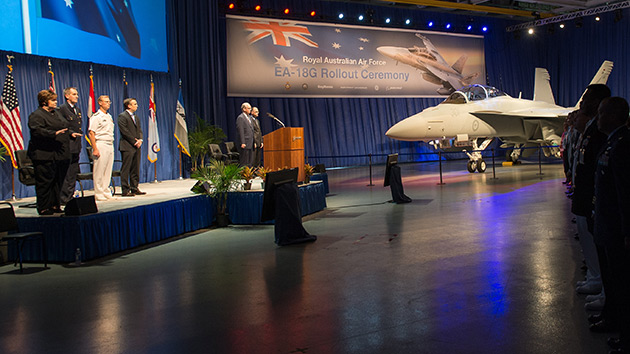 On July 29th Boeing unvelied the first EA-18G Growler destined for the Royal Australian Air Force. The aircraft is A46-301 and also carried US Navy Bureau number 169148.
The first aircraft will initially be based at China Lake for testing and then head to Whidbey Island for crew training with the US Navy.
A total of 12 EA-18Gs will be acquired under a Foreign Military Sales agreement with the US Navy.