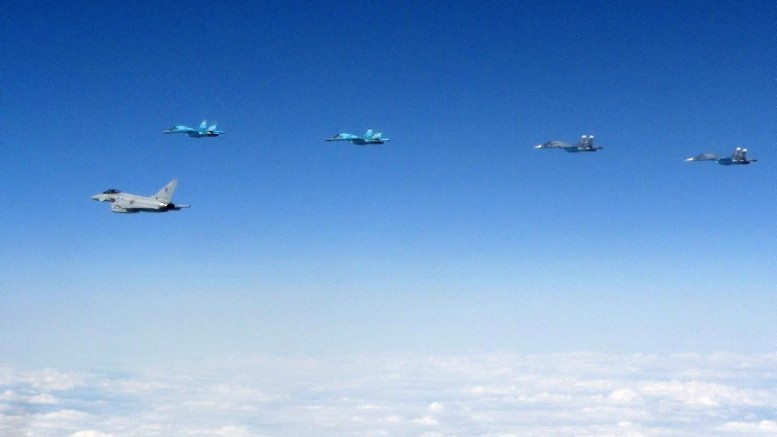 The RAF have released images of an intercept in the Baltic Region on Friday the 24th of July. The Typhoons from 6 Squadron are currently detached to the Baltic Air Policing Mission in Lithuania.
Once airbourne the Typhoons monitored and escorted four Su-34s, 4 MiG-31s and 2 An-26s until they were clear of potential conflicts with the civil aviation. Although intercepts of Russian military aircraft have become more and more routine recently the sheer number of aircraft in one group makes this mission unusual.