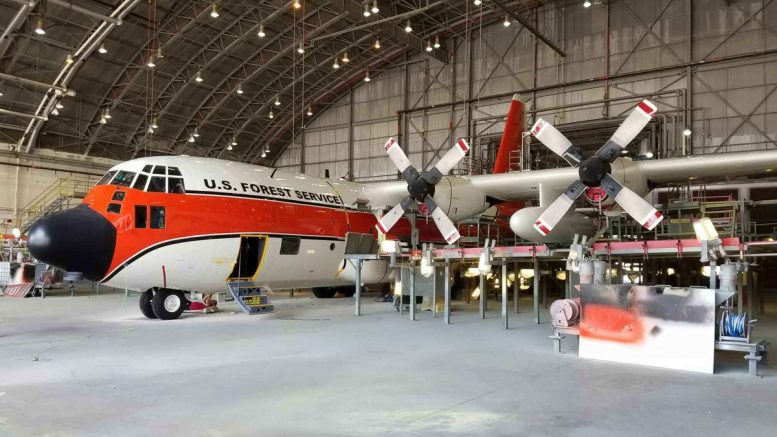 The United States Forest Service has completed the painting of the first of seven HC-130Hs that were previously in service with the Coast Guard.

The first aircraft to be painted is ex CG1708 which was intitially transferred to the Forest Service in January 2015. When in service it will be marked as "Air Tanker 116" and is expected to be delivered to McClellan airfield in Sacramento next month. Initially it will be fitted with the MAFFS fire retardant system which is also used on Air Force C-130s. Eventually it is planned to be fitted with a permanent fire fighting system.

For a comprehensive rundown on the current USFS HC-130H situation visit Fireaviation.com