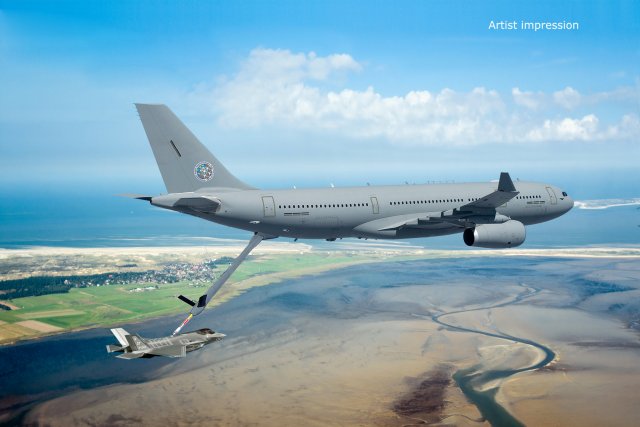 Airbus Defence and Space received an order for five A330 MRTTs for the NATO Support and Procurement Agency via funding from Germany and Norway. The order forms part of the two countries' membership of the European/NATO Multinational Multi-Role Tanker Transport Fleet (MMF) programme.

The MMF has previously placed an order for two A330 MRTTs funded by the Netherlands and Luxembourg and these two aircraft have already been delivered to the Airbus tanker conversion facility at Getafe in Spain.