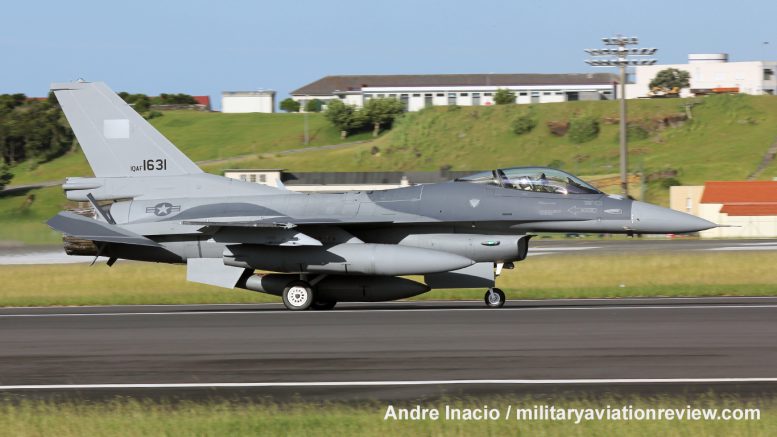 UPDATE - The three F-16IQs departed eastbound on the morning of September 27 with "Blue91".