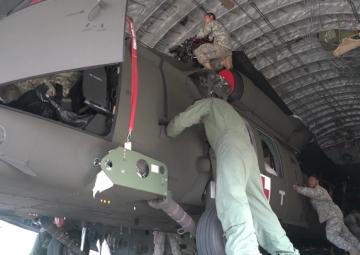 The three helicopters arrived at Kalaeloa Airfield on board a Tennessee ANG C-17A and will be operated by the Detachment 1, Company G, 1st Battalion, 189th Aviation Regiment in a Medevac role.

They will initially operate out of Wheeler Army Airfield until a new facility at Kalaeloa is completed.
Video of their arrival and unloading can be found below.