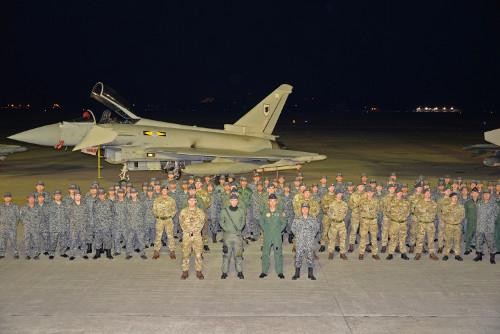 The aircraft from 2 Squadron at RAF Lossiemouth deployed to the far east earlier in October and also took part in Exercise Bersama Lima in Malaysia.

As part of Guardian North the Typhoons are operating from Misawa Air Base and flying alongside Mitsubishi F-2s from 3 Hikotai.