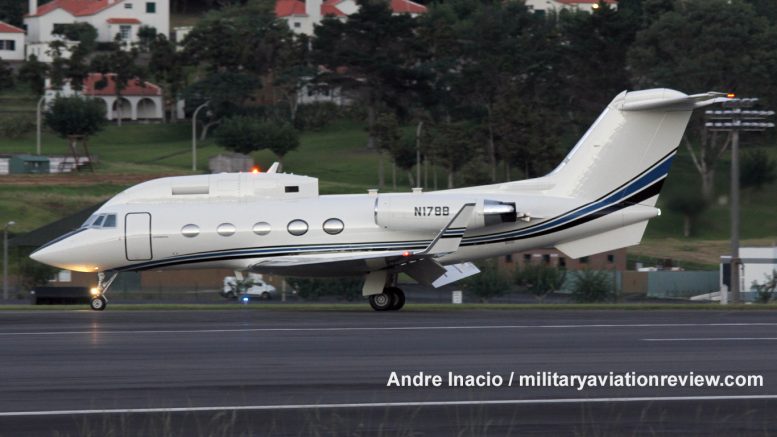 On October 08, 2017 two highly modified Gulfstream IIs arrived at Lajes in the Azores after departing Portsmouth IAP/Pease AFB earlier the same day. The aircraft continued their journey to RAF Mildenhall on October 09, 2017.

The aircraft - N178B "Halo2" and N779LC "Halo4" - are both used by the Missile Defense Agency as "High Altitude Observatory" platforms for which they have been extensively modified, most notably with the large sensor bulge along the top of the fuselage. Ownership records indicate that N178B is owned by the Missile Defense Agency (previously owned by L3) and N779LC is still owned by L3 Communications, although both aircraft are supported by L3 for the MDA in Tulsa, Oklahoma.

The Missile Defense Agency is believed to be seeking to replace the Gulfstream 2s with more modern Gulfstream 550s before 2020.