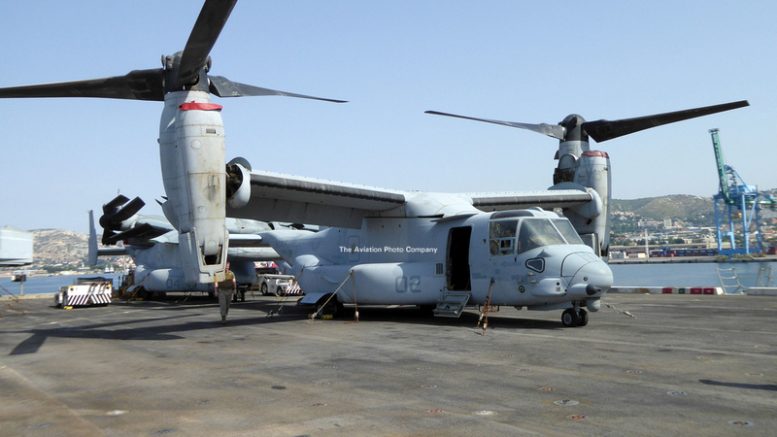 US Marine Corps VMM-365 MV-22B Osprey on board the USS New York in Marseille Harbour in 2015 (Roger Chenard/www.aviationphotocompany.com)

The Japanese Ministry of Defense has contracted for a further four Bell-Boeing MV-22B Ospreys on the 20th of July. The order adds to an initial contract for five aircraft which was announced in July of 2015.
There is an overall requirement for 17 MV-22Bs with all aircraft expected to be in service by 2020.
The MV-22Bs will form the basis of two expeditionary divisions to with a focus on defending the more remote islands in the Japanese archipelago.