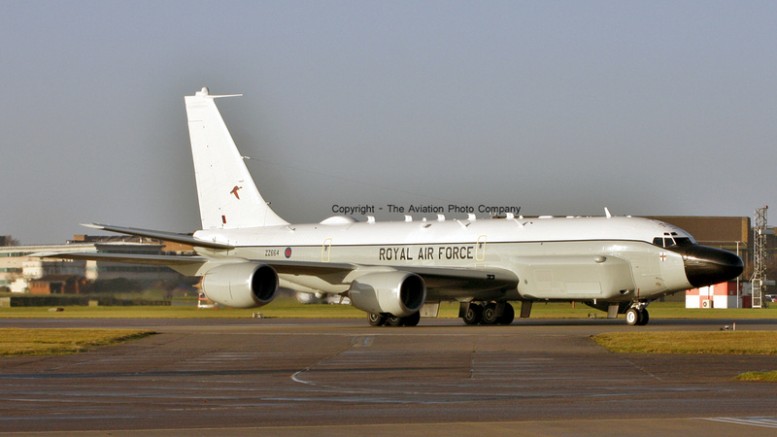 The British Defence Secretary today announced that the RAF will receive their second Boeing RC-135 Rivet Joint under Program Air Seeker next month. The first aircraft ZZ664 was received over two years ago and is currently operating in the Middle East.

With RAF Waddington currently undergoing runway work it is likely that the new RC-135 will be based at RAF Mildenhall on delivery or possibly be deployed overseas straight away.