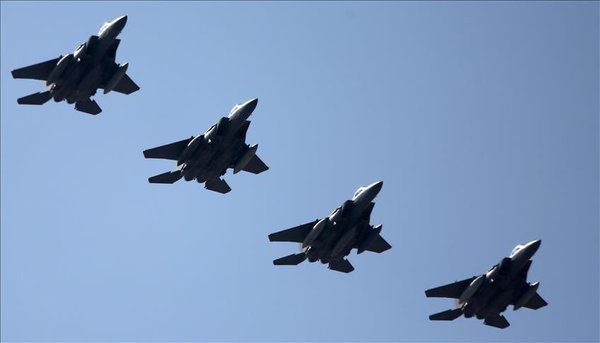 The Royal Saudi Arabian Air Force has deployed four F-15S Strike Eagles to Incirlik Airbase in Turkey. The aircraft from 92 Squadron are believed the be for potential use against rebel forces in Syria.
Three serials are known - 9205, 9216 and 9226. The deployment took place with the help of a Saudi Air Force A330-MRTT.