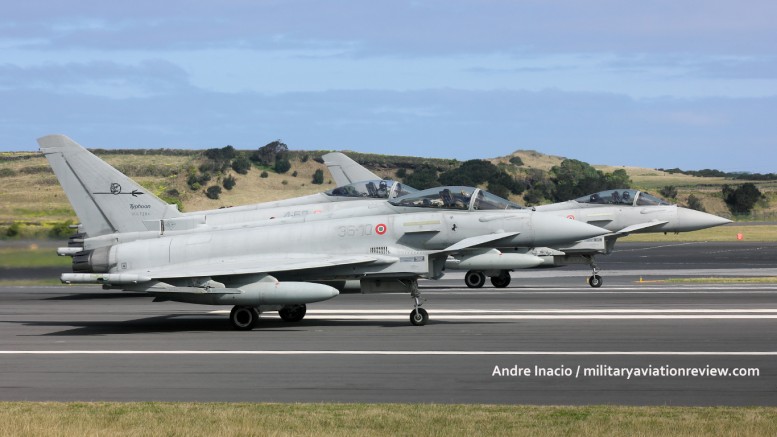 On the 19th of February a flight of seven Italian Air Force EF-2000 Eurofighters arrived at Lajes in the Azores on their way to Nellis Air Force Base for a Red Flag exercise. They were supported on their flight by two KC-767s and two C-130Js. All of the aircraft departed the following day to Pease ANGB in New Hampshire.